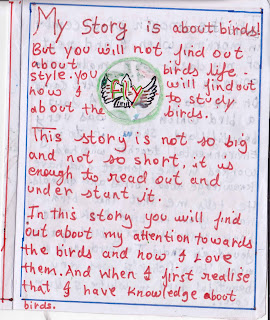 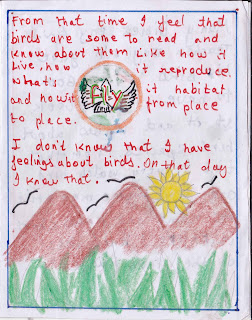 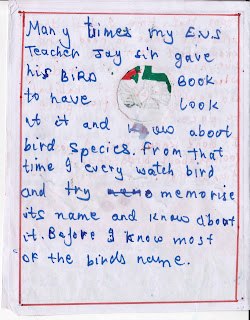 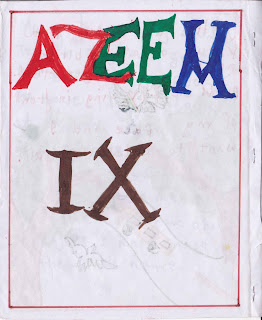 Posted by Angela at 4:44 PM No comments:

A fascinating day of performances by the students from pre-nursery to class 4 today evening at the Nagwa campus! The students regaled the audience with an evening of dance, music, and theatre. The performances touched upon a wide spectrum of topics, ranging from popular Western and Indian folk/fairy tales to moral issues and mathematical problems.
Check out the photos at http://www.facebook.com/media/set/?set=a.10150696289159721.413638.82186654720&type=1
The performances of the students from class 3 to 6 of the Nagwa campus is scheduled for the 17th of March, Saturday, 4 pm, and the performances of the Betawar students will take place in the village campus on the 18th of March, Sunday, 4 pm. Looking forward to seeing you all there!
Posted by Bhargav at 9:57 PM No comments: 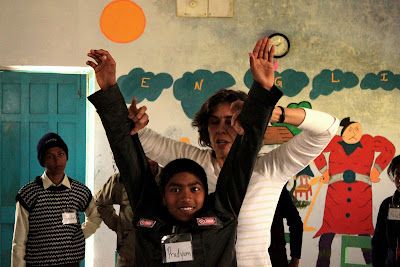 Last week, the Betawar campus of the Vidyashram South Point School was brimming with art and activity. Behind the walls of that pastoral yet charming structure on the banks of the river Ganga, the students of the 7th and 8th standard had tucked away their copies of Science and English to locate the artistes within them. And leading them in this self-exploratory endeavour were two equally charming theatre personalities from New York, Marianna Houston and David Schultz.

In collaboration with the International Theatre and Literacy Project (ITLP) which was founded by Marianna in 2005, Nirman is playing host to a two and half week theatre workshop for its students at the Betawar campus. Marianna, who is a trained actress, a published playwright, and has eighteen years of invaluable experience as the education director of the Theatre Development Fund (TDF), says that the purpose of this workshop is to “guide the students to create and write their own plays that expresses their dreams, aspirations, fears and hopes for the society and for their own lives”. Working with her is David Schultz, a dramaturg, director, actor and producer from New York, who is hardly new to the students and staff of Nirman. He is fondly remembered by the students for his earlier workshop with them in 2009 that had culminated to the development of a script, titled The Marriage Proposal, and its performance, and also for his insatiable thirst for chai. Together, Marianna and David, are hoping to introduce the students to the principles and proprieties of working effectively in an ensemble.

The theatre artistes have been working with the students for almost a week now, and have engaged in a range of games and exercises oriented towards building an ensemble. They are currently striving to develop a script for performance that draws from the students’ social and cultural backgrounds and interactions. The performances are scheduled for the 11th and 12th of January, at both the Betawar and Nagwa campuses respectively.

Posted by Bhargav at 1:59 PM No comments: