My experience with the Change Makers

It all starts with the tiniest step taken against the tide…….

The biggest hurdle to bring any change in society is that one single sentence we come across most often, "What can I do alone when everybody else is at fault?".

NIRMAN campus is that one place, where irrespective of whatever is happening outside the main gate, everybody within is trying hard to establish that ideal world we all dream to be in.

When entering the gates of NIRMAN, you must leave behind any preconceived notions about gender roles. Here, don't be surprised if you come across the first person beyond the gate to be a female, guarding the entrance to the campus. NIRMAN consciously makes every effort to twist the gender roles and does encourage everybody to push their limits to try new roles and don every hat possible at some point.

When at NIRMAN, you start believing that change is possible, only the resolute and perseverance is what is required. 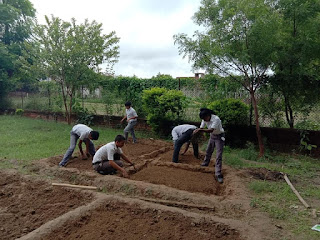 The organization is committed to the preservation of nature as well. The environment that we live in today, is pervaded with all kinds of pollution, be it airborne, water carried or sound. NIRMAN has always tried to fight these menaces; primarily by instilling a culture of recycling, making paper and cloth bags, year-round plantation programs, organic farming, segregation of garbage, composting, etc. And secondly, by spreading awareness through various mediums. Once in the campus, you will get to be with lots of greenery, you might even see a huge tree right in the middle of the office, which never got cut off while building the office. The campus is a no-plastic zone. 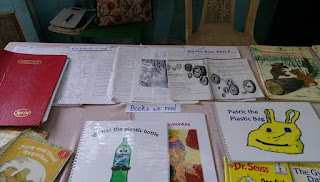 The philosophy here lays down that peaceful coexistence is possible irrespective of what your religion is or what your socioeconomic background is. A school run under the aegis of NIRMAN, 'Vidyashram the Southpoint', has students from all diverse backgrounds, and they talk about the world at large, discuss various issues but only to seek solutions and not be the part of the problem. 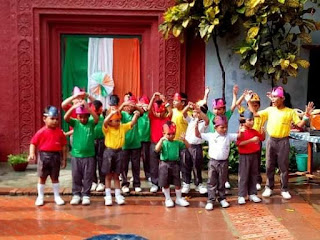 The pedagogy adopted by the school ensures that the students learn to reason, are prepared to make decisions, and are able to follow their own path in life. And indeed, with such strong principles that the organization has put down as its inherent culture, the school run under its aegis becomes the ideal atmosphere to nurture young minds. 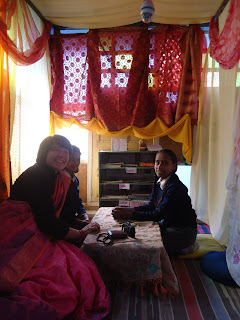 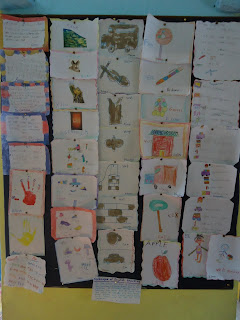 This culture is the hard work of NIRMAN's director Dr. Nita Kumar, who has been working persistently to sustain and maintain this ideology ever since its inception in 1990.

My 8years with this organization were pure bliss, I have learned a lot and even unlearned quite a few. It changed my view completely towards many aspects of life and got into purview many more issues which otherwise I might have very conveniently ignored my entire life. 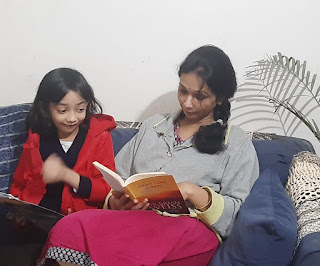 Mitali maam with her daughter, Hiya!